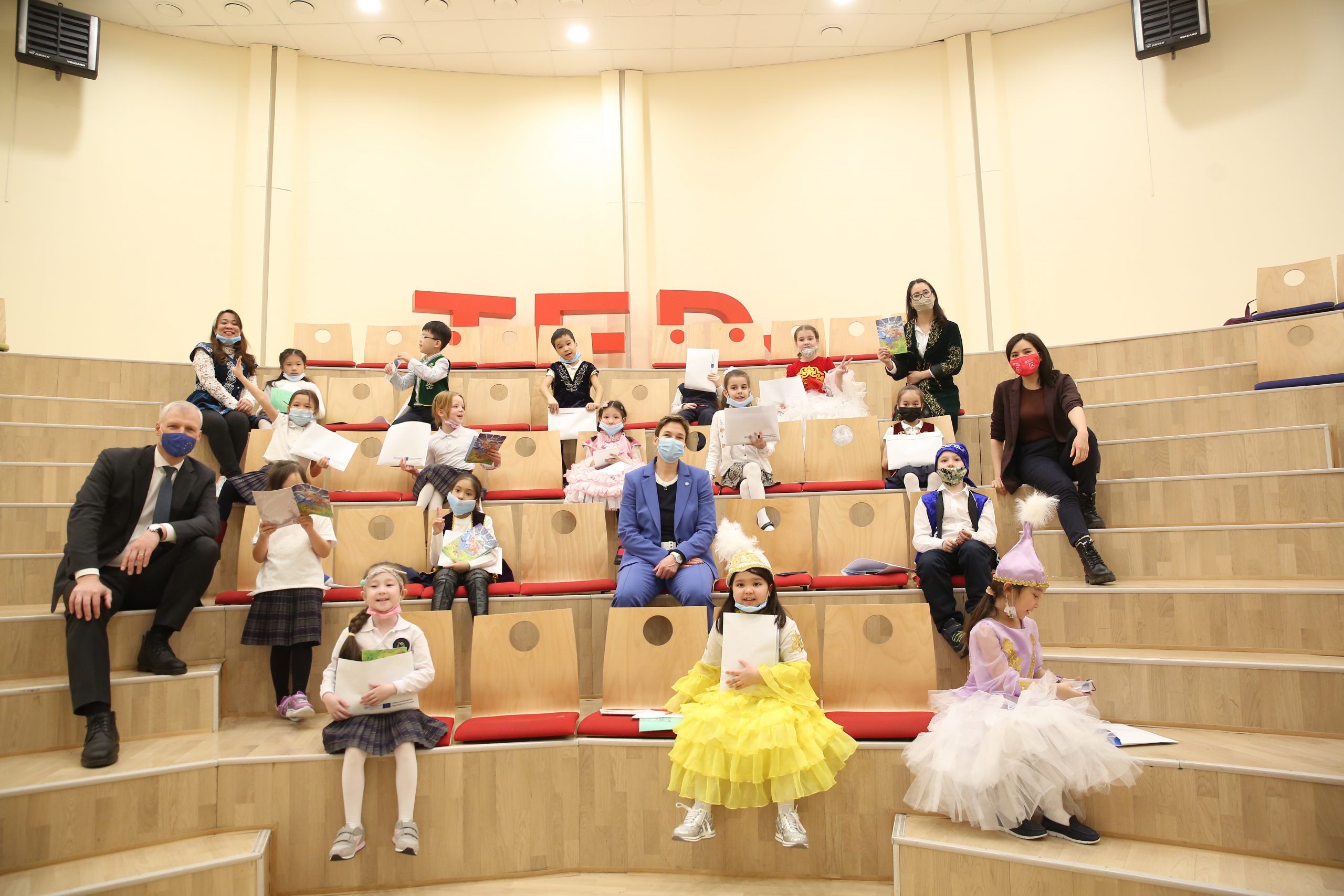 In the Year of the Child in Kazakhstan, a comic for school-age children entitled “White Capes: Fighting the Invisible” was presented by the Country Office of the World Health Organization (WHO) and the Representative Office of the European Union (EU) in Kazakhstan.

The 2nd class had a great honor not only to be the first to see and read the comic, but also to talk, ask questions to the Ambassador of the European Union in Kazakhstan, Mr. Kestutis Yankauskas, and the Acting Chairman of the Board of the RSE at the National Center for Public Health, Ms. Zhanar Kalmakova, the WHO representative in Kazakhstan, Dr. Caroline Clarinval.

“White Capes: Fighting the Invisible” is a children’s comic book with WHO recommendations on prevention measures during COVID-19, made in a fascinating and understandable form for a young audience by talented Kazakhstani artists. In total, about 4,000 copies of the comic book will be distributed in Kazakh and Russian. The first of which were awarded to the school library.

A series of master classes was held

Books in support of village school

SIGNED A MEMORANDUM WITH THE HONG KONG SCHOOL